The SLOMRA had a successful and well-attended open house at the Oceano Depot on October 9, 2016.   This event was coordinated with the Central Coast Railroad Festival.  Visitors got to see both N scale and HO scale modules in operation.

A highlight of the event was the presentation of an honorary membership to Anthony Ingram of Arroyo Grande.  Young Anthony has lost his eyesight due to a rare genetic disorder, but that can’t dampen his enthusiasm for trains of every size and shape.  Anthony, his parents and sisters are honored guests of the club at the open house, where member Richard Hamilton presented him with a membership, T-shirt, and gifts for his other family members as well.  Anthony enjoyed touring the model layouts, operating a train, and running outside to experience the thrill of genuine Amtrak trains as they sped by the depot that afternoon.

The SLOMRA extends a big thanks to all who helped make this a success!

Here is a video of the presentation:

And here are some photographs from the day: 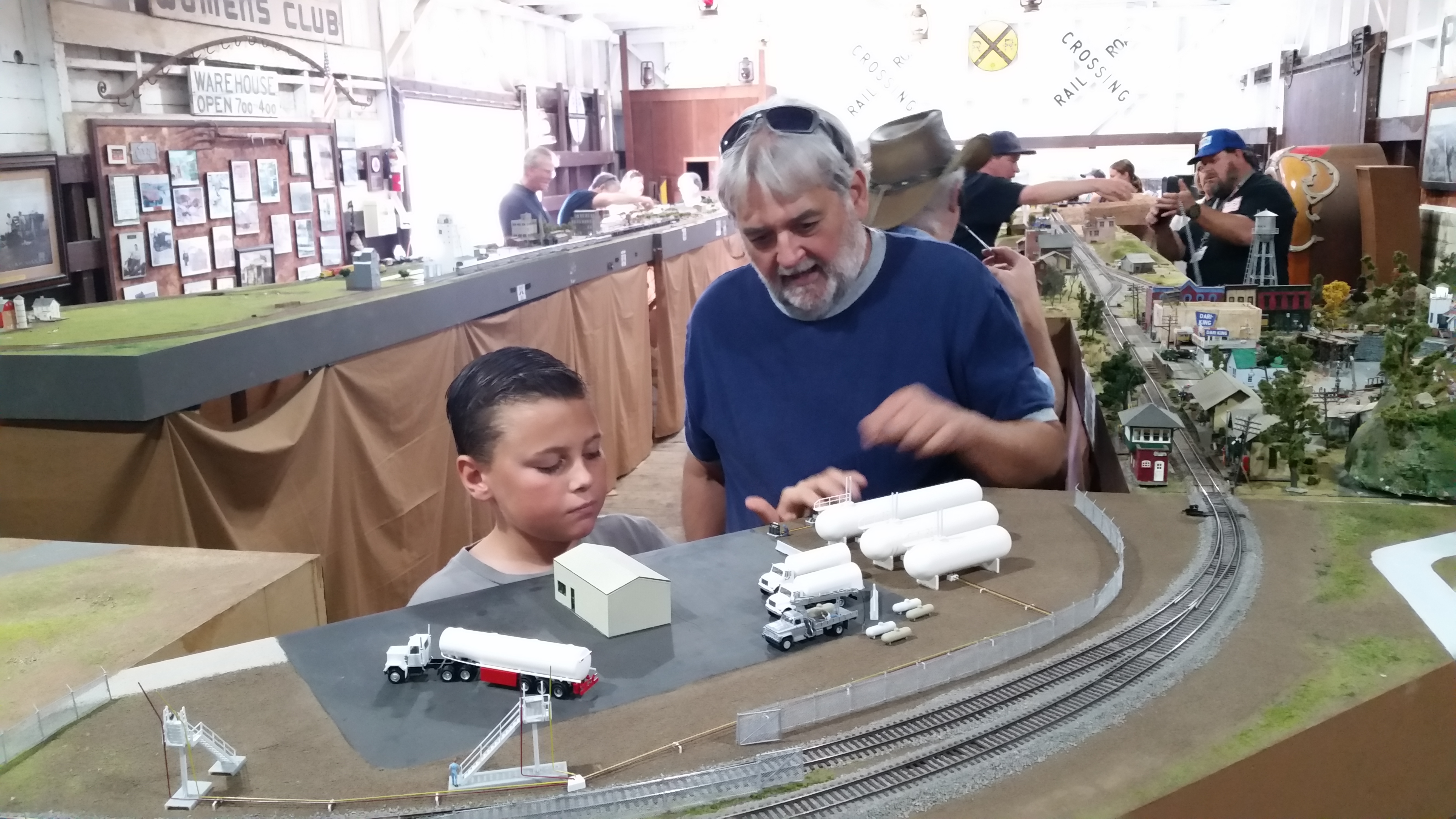 (photos above by Don Chambers)

With some guidance from Richard Hamilton, Anthony shares the layout… 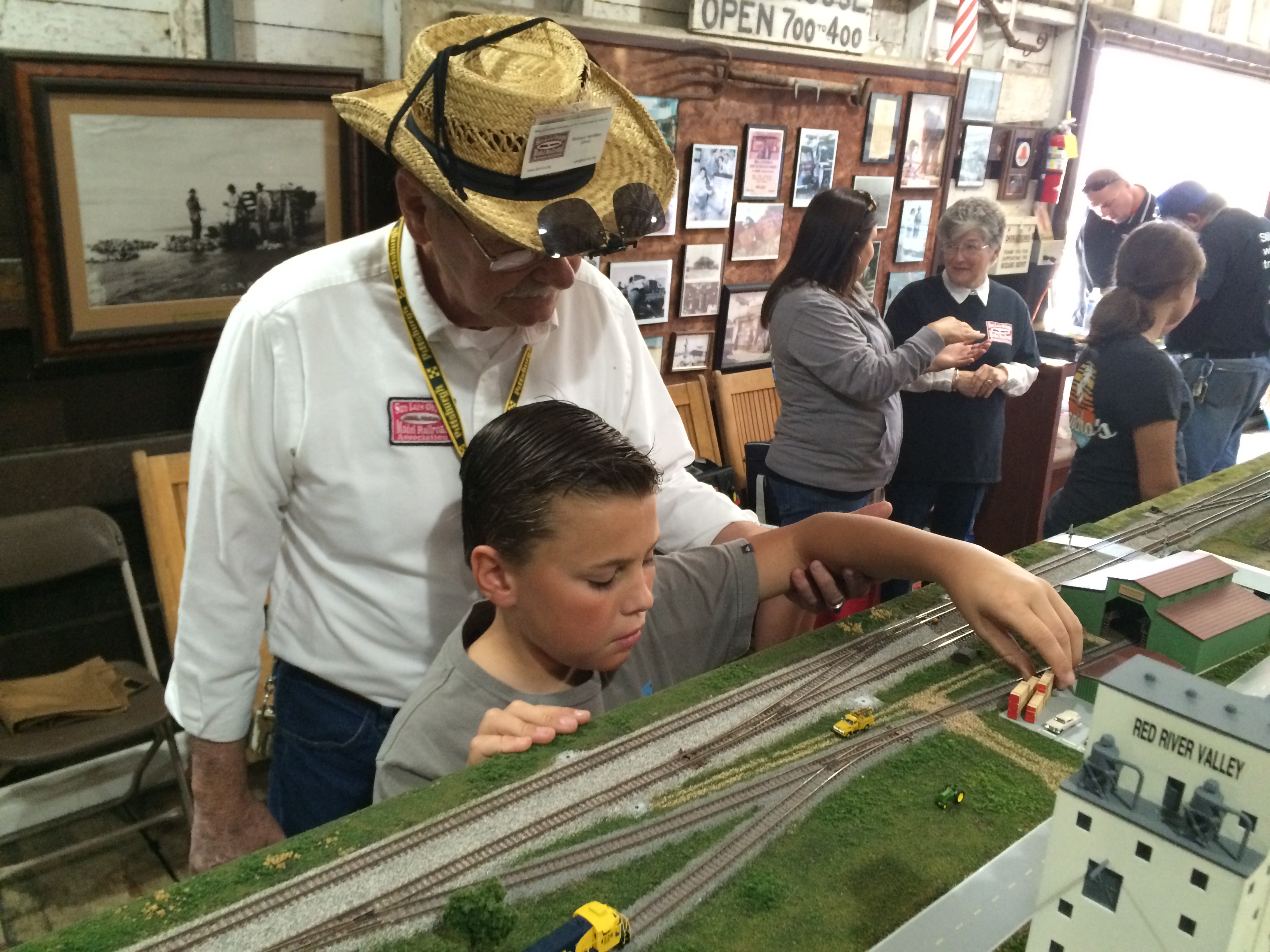 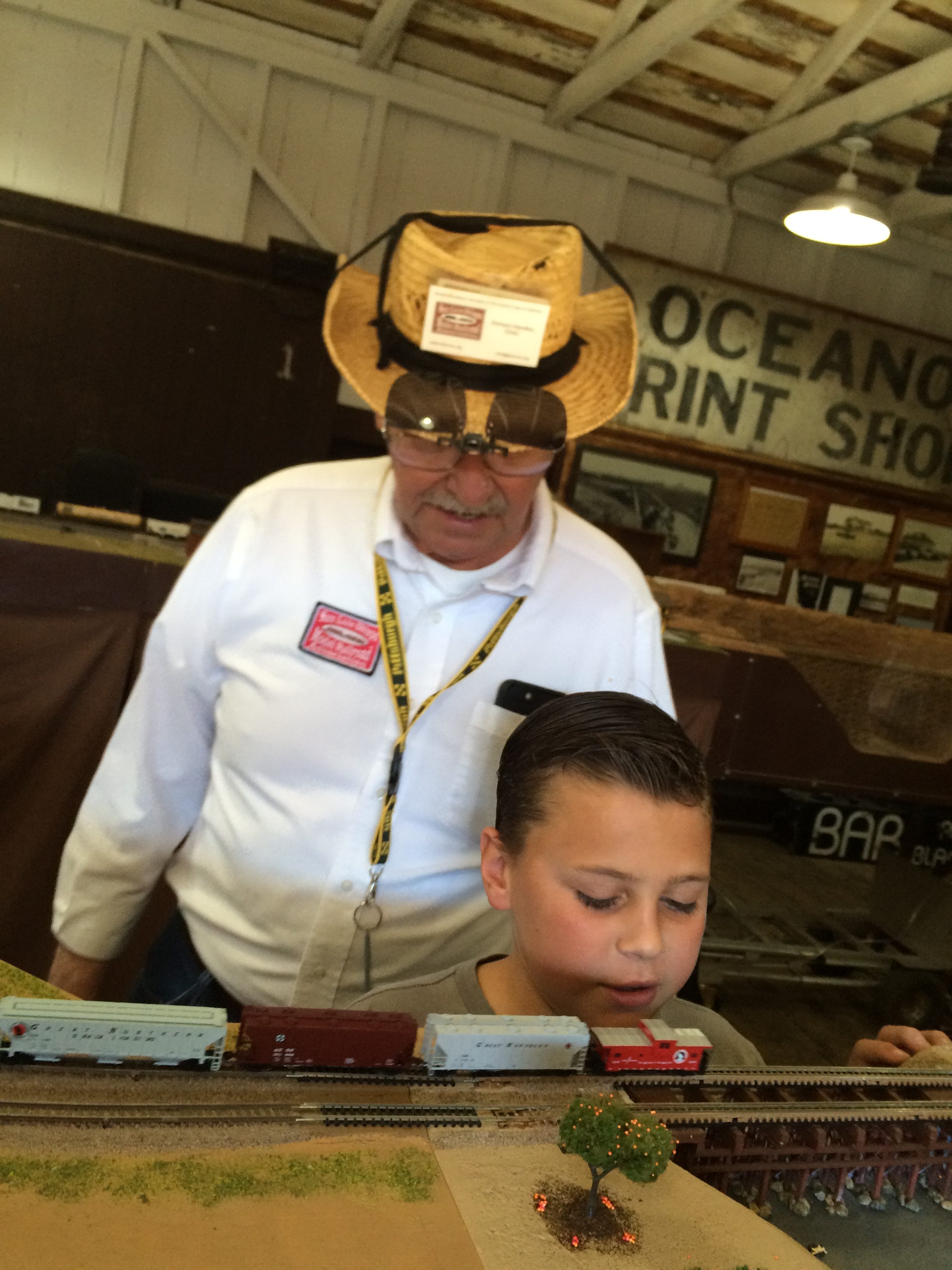 As Anthony’s family looks on, he is introduced to young club member Eli Marselek 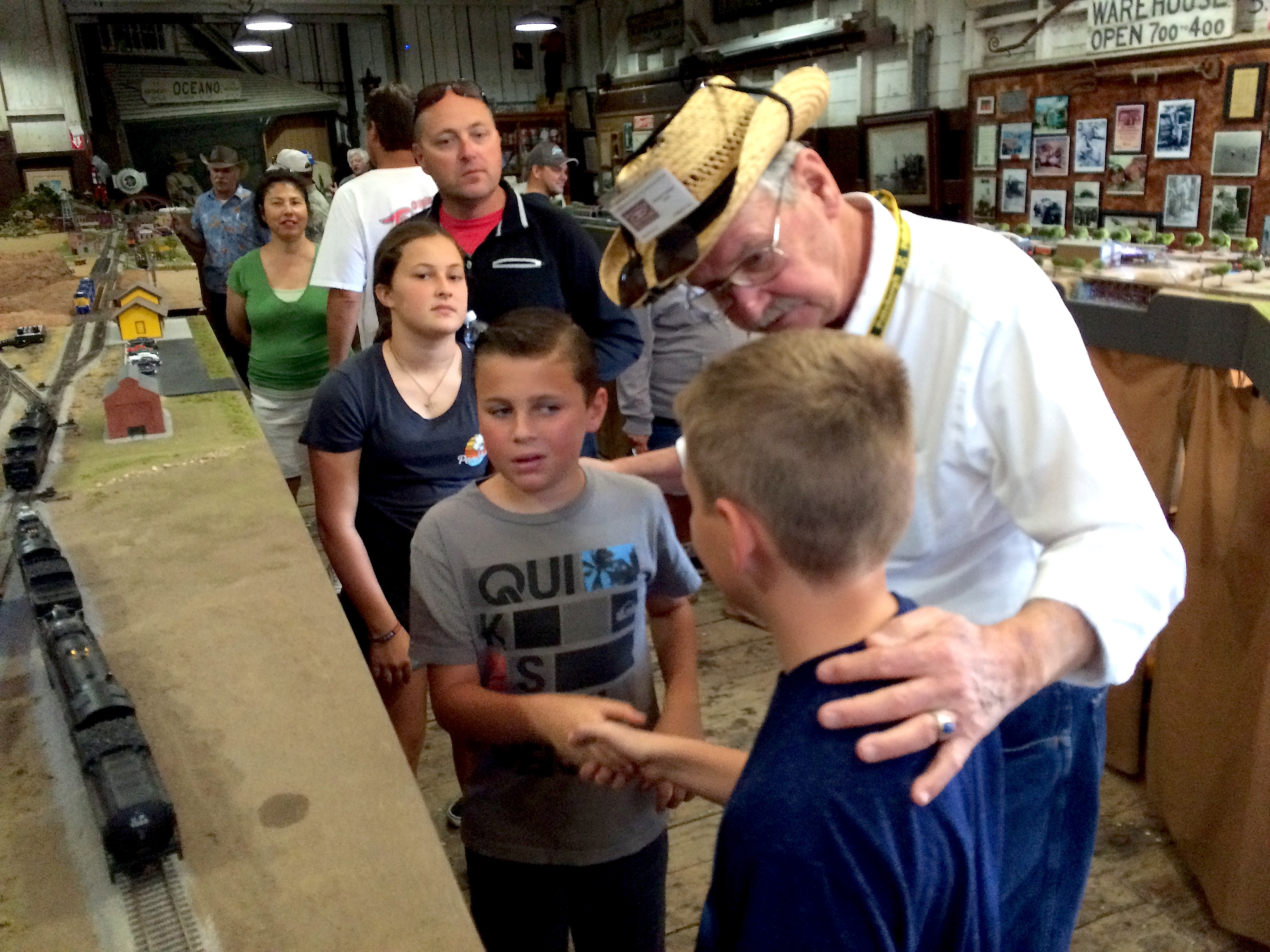 The rail lines were busy with plenty of N scale and HO gauge action! 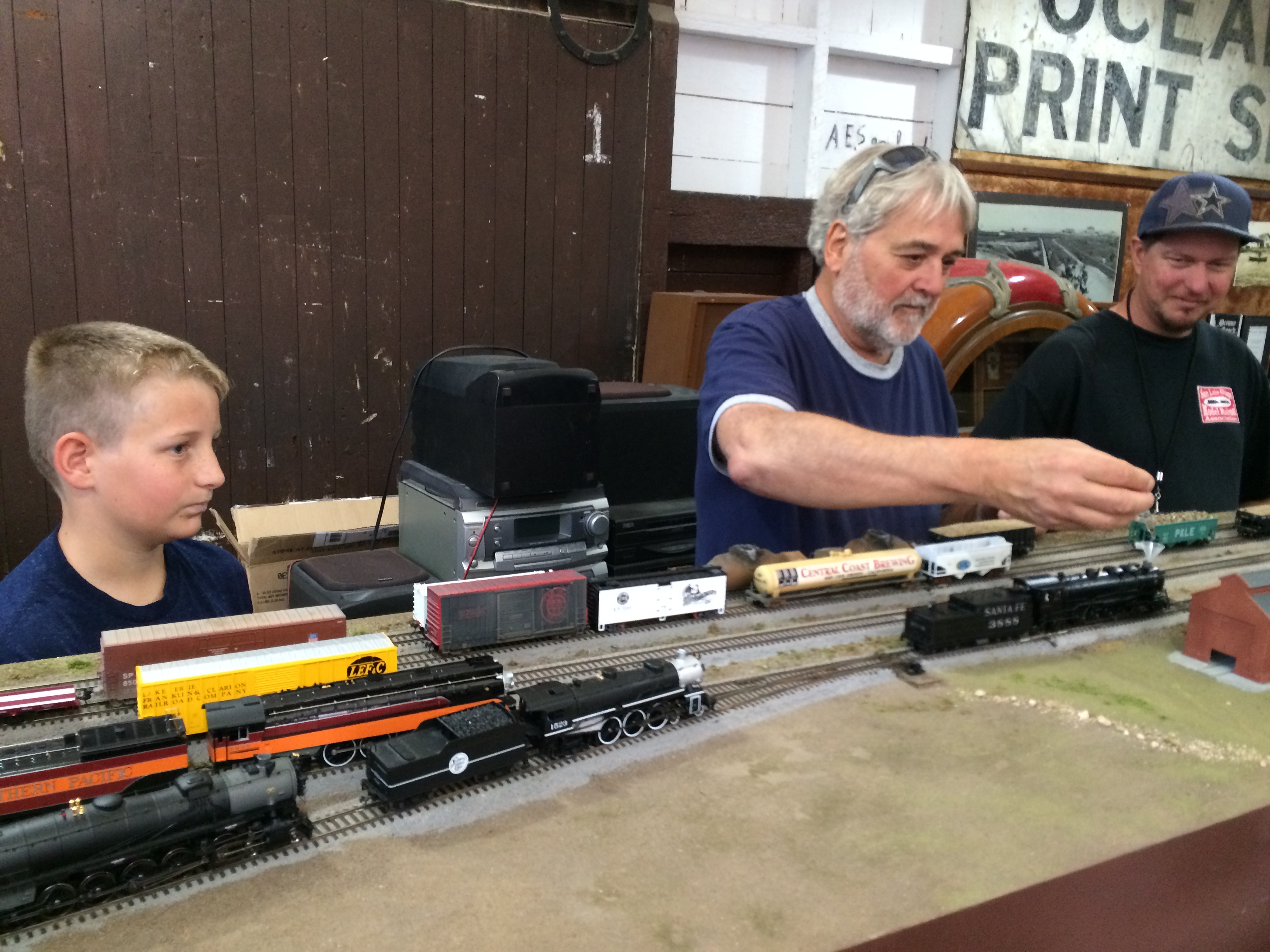 (photos above by David Weisman)

To learn more about Anthony and his family, visit:

The CCRRF is designed to attract the attention of avid and casual rail fans as well as curious folks from across the Western United States.  It presents historical, educational and recreational events for local citizens.

The visibility of all local rail entities as well as railroading in general is elevated and enhanced by the festival.  A cooperative spirit is developed among all participating organizations to promote their mutual well being and to expand interest in all things rail!

Among the SLOMRA past exhibits: 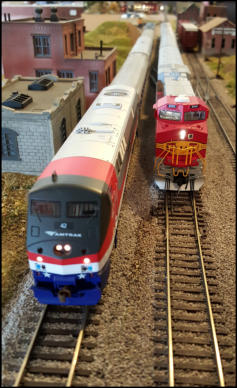 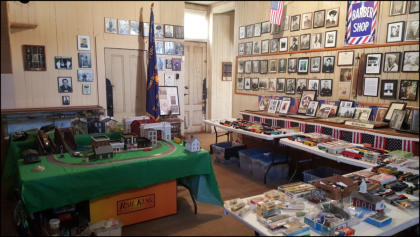 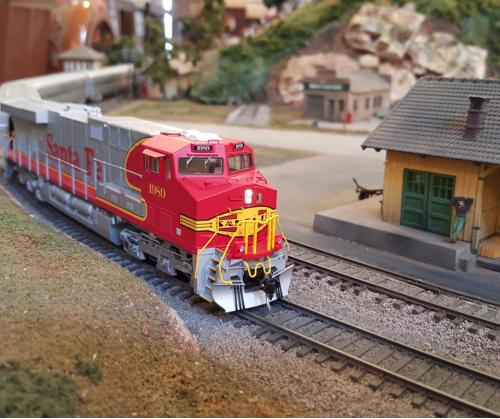